Andorra is the 6th smallest country in Europe, the 195th largest country in the world. Most people have never heard of it let alone pinpoint it on a map.

This article will answer common questions and much more for those considering a trip to Andoora.

So, Exactly where is Andorra Located? 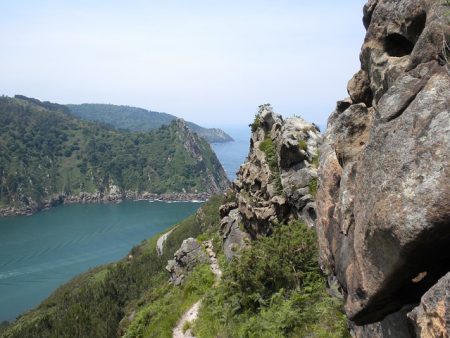 For those people comfortable with coordinates and GPS Andorra is located at coordinates 42 30 N, 1 31.3 E which will put you smack bang in the middle of Andorra la Vella.

For those who need a little more geographical information to visualise the location of Andorra you need to look towards central Europe and France.

If we Travel down through France right to the bottom where it joins northern Spain we find the Pyrenees: the mountain range separating the main part of Europe from the Iberian peninsula (Spain and Portugal).

This is where we find Andorra, it is a minute mountainous country sandwiched between France and Spain and resting hidden in the mountains and valleys of the Pyrenees. Andorra has existed as a principality since 1278.

How can you travel to Andorra?

Unless you are very wealthy and can fly in via private helicopter, access to Andorra is either via France or Spain.

Andorra is a landlocked country so it has no coast: sailing to Andorra is not an option.

Andorra also has no railways so travelling directly by train is also not an option: that said the French railway station Hospitalet is only 16 kilometres from the border so a train will nearly get you there followed either by a long walk or by the dedicated bus service that takes visitors from Hospitalet station to various locations in Andorra.

Andorra does have good roads in from both France and Spain so driving is definitely an option. If driving in winter you’ll need to follow local road recommendations regarding driving in the principality as there can be heavy snow and the routes into and out of the country can become blocked.

The main routes into Andorra by air are via Barcelona Airport, Girona Airport and Toulouse Airport.

Less popular airport routes that connect into transport services serving Andorra are Reus Airport, Leida Airport and there are also ongoing connections via train and coach from Perpignan airport.

La Seu D’urgell Airport has recently reopened and is the closest airport to Andorra. At the moment it only serves small private planes but consultations are underway to extend the airport and improve facilities making it viable for larger commercial aircraft.

Novatel and Frogbus both run services from Toulouse, Girona and Barcelona into Andorra: the price for a return journey is in the region of 30 euros from any of the airports to Andorra (give or take a few euros).

Frogbus fares are cheaper if you buy them in advance online, although they do have ticket concessions at the airports for you to purchase tickets immediately before travelling.

There are local companies that also offer coach service from other airports such as Reus and Lleida*.

At the moment there are not many commercial flights to Lleida Airport.  Neilson Ski Holidays have announced that they will fly there for the 2011/2012 ski season and it is hoped that the airport’s usage will grow.

Transfer times from Barcelona Airport, Toulouse Airport and Gerona Airport are all approximately 3.5 hours using the above coach services.

What is there to do in Andorra?

Andorra is primarily known as a ski holiday destination and also generally regarded as the best skiing area in the Pyrenees. In recent years there has been heavy investment in the Andorran ski resorts to boost the industry. The ski season traditionally starts on the first weekend in December.

One of the other main attractions for skiers in Andorra apart from the quality of the pistes and abundance of snow is the comparitively low cost of ski holidays in Andorra due to the lower tax rates.

Outside of the ski season Andorra’s unique geography and mountainous terrain make it excellent for camping, walking and hiking holidays. Mountain biking is extremely popular in Andorra and there are many excellent purpose built cycle trails through the valleys.

Just how small is Andorra?

In Europe only the Vatican City, Monaco, San Marino, Liechtenstein and Malta are smaller than Andorra.

To put it in context Andorra covers only 181 square miles which by an odd coincidence is approximately the same area as that covered by Scottsdale Arizona in the USA or East Hertfordshire in the UK. 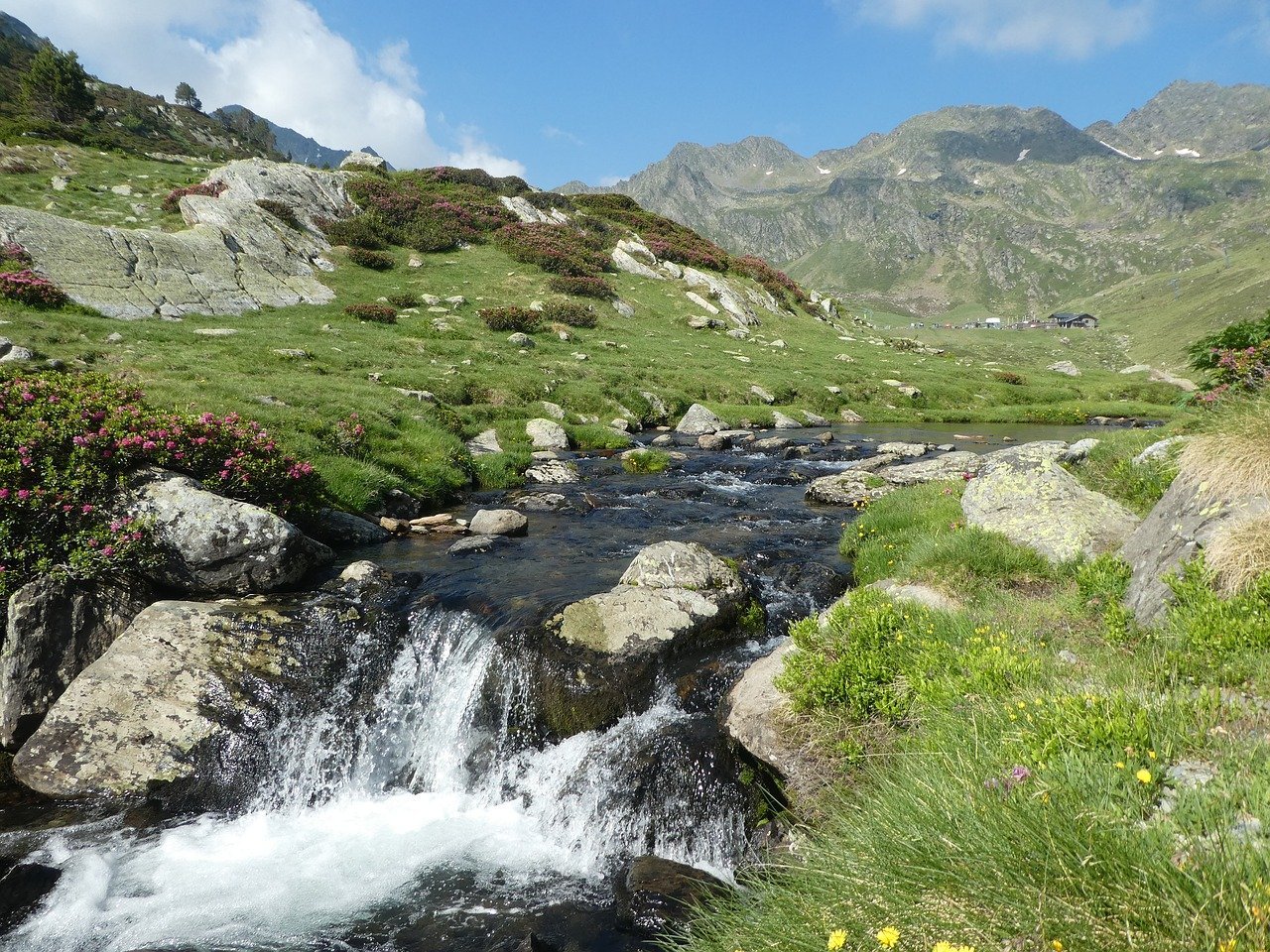 Andorra is cold in the winter and warm in the summer (you may not be shocked to learn this). In the summer months a normal high is 26 degrees C whilst, due to its altitude in the Pyrenees, in winter the climate is Alpine – snowy and cold.

Average Rainfall in Andorra by Month

* wet days signifies days with more than 1mm of rainfall. General estimates from other sources show that Andorra enjoys 300 sunny days per year.

Andorra La Vella is the capital of this tiny principality nestling between France and Spain and is its biggest town. Lying at the confluence of the Gran Valira, the Valira del Oriente and the Valira del Norte rivers, Andorra La Vella is dwarfed by stunning snow-capped mountains of up to 2500 metres high. The town has now grown to absorb the once independent villages of Escaldes, Engordany and Santa Coloma.

The Barri Antic (old town) was the original heart of the town when it was little more than a village. It stretches from the Esglesia de Sant Esteve to Placeta del Puial and is characterized by atmospheric cobblestoned streets and arresting stone houses. Visit the Casa de la Vall (House of the Valley) where the Andorran parliament has met since 1702. Originally built as a family home in 1580, it has to be one of the most comfortable parliament chambers in the world! The town’s Esglesia de Sant Esteve dates from the 11th century. Check out the church’s Romanesque apse and the paintings dating from the 13th century. Stroll in the Placa del Poble – the large public square atop the Edifici Administratiu Govern d’Andorra. It’s a great place for people watching of an evening and is home to the town’s theatre and concert venue.

For dinner, head for the Placa de Guillemo or the Barri Antic. Shop till you drop at the duty-free shops on Avinguda del Princep Benlloch and the Avinguda de Meritxell. For a spot of heavenly relaxation head for the Caldea spa complex where you can enjoy a Turkish bath, a sauna, a jacuzzi or even a hydromassage.