Paris is a wonderful place to visit, but there are a few things your should know before you set out on your grand adventure.  The material below covers important aspects of a visit to Paris that will help smooth your time in the City of Light.

Some things to know about the geography of Paris 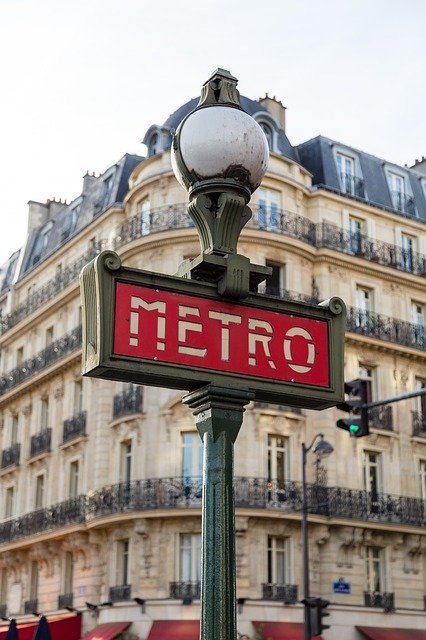 Paris is the Capital of France and is located in Île de France, a Region that includes seven other Départments (a unit of governance in France). In the past, Île de France belonged to the King and epitomized “royal” France, whose excesses created some of today’s most cherished attractions.

“Tourist” Paris is a narrow corridor along the Seine River.

The Seine River flows through Paris towards the Atlantic Ocean and cuts the “City of Light” into the Right Bank (Rive Droit) on the north and the Left Bank (Rive Gauche) on the south, both named for their sidedness along the course of the river as it flows to the Atlantic.

In addition to the Right and Left Banks, the Île de la Cité and Île Saint Louis, two islands in the Seine, have enormous appeal for most tourists.

We label our attractions with an “R” for Right Bank, “L” to represent Left Bank and “IC” to indicate Île de la Cité.

Examine our Paris Overview Map to familiarize yourself with the layout of Tourist Paris.

Paris is a city of arrondissements – neighborhoods

A key to understanding Paris is understanding the term “Arrondissement”. The twenty arrondissements in Paris are units of governance that have neighborhood names (often, arrondissements include smaller more familiar areas) and are a basic part of postal addresses and location descriptions used to identify places in Paris. When you book a hotel or look-up an attraction in a guidebook, the description will include the arrondissement of the location. Arrondissements are known by number and the numbering scheme starts with the 1st (1er) arrondissement located along the Seine (which, for example, includes the Louvre, the Tuileries Gardens, the Palais Royal, and Les Halles).  The remaining arrondissements spiral outwards from the first in a clockwise manner.

Click here for a map and description of the arrondissements and neighborhoods of Tourist Paris. 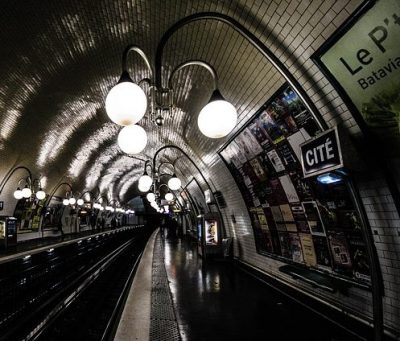 Click here to see our Paris Train Station Map, if you will be arriving or departing Paris by train. If you use the zoom control and select hybrid as the map type, you will be able to see the detail of the streets and buildings surrounding the stations, as well as the stations themselves.Paris is an large city, but most the the attractions of interest (outside of the day trips) are comfortably located along the banks of the Seine River in central Paris. Walking is the best and least expensive way to see the city, but if you have limited time, take the Metro (subway) to speed up your journey. For more information on taking the Metro in Paris and its costs, visit this site http://www.ratp.info/touristes/

See  the Metro routefinder  where you can calculate the correct route (which line to take or where to transfer) and times to reach your next destination in Paris. In addition, the site provides a printable map of the Metro Network and other information about the Metro.

The Metro’s lines run on various schedules but start in the morning around 6 AM and end services at midnight or 1 AM depending on the line. Be sure to check because if you miss the last train, it may be a long walk or an expensive cab ride back to your hotel.

Tickets are based on the zones that you travel and we recommend that you look into buying a Paris Visite Pass. A three day adult pass with 1-3 zones (covers most of tourist Paris) per coupon costs €20 (more zone are available for a higher cost). To determine how many zones fit your needs, compare the places that you want to travel to against the Zone Map (found at the website mentioned above).

By the way, the pass is based on calendar days and the day you buy it is the first day. You can purchase the Paris Visite at all Metro stations, RER (rail) offices and at the Orly and Charles de Gaulle airports.

If you prefer to walk tourist Paris, consider purchasing the ticket known as the “T+”. It provides access to the Metro, RER (train) and RATP (bus) network in Paris and runs about €1.60 per ticket. You can buy a book of ten (a carnet) for €11.60. Each ticket is good for a one-way trip within the borders of Paris, making it convenient to walk to an attraction and take public transit back to your next stop, if the distance is too great.

Taxis in Paris are expensive and should be used only when convenience or safety outweighs economics. Remember, the Metro shuts-down around midnight. In addition, the Metro can get rowdy on weekends or late a night and you might want to consider taking a cab if you will be out late.

Taxis are available for hire when the sign on the vehicle’s roof is illuminated.

TIP: many hotels provide courtesy maps that have good coverage of the major tourist attractions in Paris.

Velib is a bicycle service with hundreds of stations throughout Paris where you can pick-up or leave your Velib bicycle.  Tickets to use the Velib can be selected for 1 day (1€) or 7days (5€).  In addition, a 150€ fee will be sequestered in your bank account to pay for the bicycle if you should not return it.  If you do not understand how the Velib pricing system works, it  could be very expensive for you, so read the paragraph below.

In other words, you want to use the Velib for short jaunts and turn the bike in at a Velib station (there are many of them) before you run over the thirty minute limit.  For example, you might ride down the Champs Elysées to the Louvre and turn your bike in at the station at Rue de Rivoli next to the Louvre.  When ready to leave, you simply pick up a new bike and head to your next destination.  As long as you deposit the bike in less than 30 minutes, you pay no fee other than your initial ticket.  However, if you did not return the bike to a Velib station (there is one very 300 meters in central Paris) and kept it for four hours while you were touring the Louvre, it could cost you close to 30€.  Or you could have deposited the Velib at the station when you arrived 25 minutes after renting it and have paid nothing.

France is a participant in the European Economic Union and has adopted the Euro as its currency (€).

Paris is awash with ATM’s and this is usually the easiest way to buy currency. See our article on Buying Currency for some helpful tips

The Paris Museum Pass is a discount pass that covers most major museums and several attractions in Paris and surrounding areas. The pass, allowing unlimited visits during the chosen period, is sold at many museums and train stations.

One of the best benefits of this card is that you do not have to stand in line to buy tickets to enter an attraction and are often provided priority access.

For more details, visit this site. 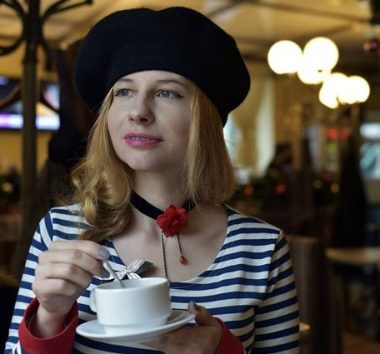 First, remember that the French are proud of their country, culture, language, history and arts. Next, the normal demeanor of a Parisian is one that is “reserved. Don’t take this personally, it has nothing to do with you, lifelong Parisians are considered “haughty” by French in the rest of the country.

Contrary to an opinion held by many travelers, we have found Parisians and the French, in general, to be good hosts and helpful to visitors. Of course, it pays to be polite and to try to use as many French terms as possible during conversation. Before starting ANY conversation use “Bonjour” or the appropriate phrase for the time of day. The French regard this introduction as a requirement for initiating a conversation. Adding “s’il vous plait” to the end of any request is also helpful. It is always a good idea to take a phrase book with you or to print out a list of everyday terms from one of the many Internet sites that specialize in foreign language phrases for travelers.

Although you will find many restaurants provide a menu in English, it is also helpful to take a menu dictionary for those occasions when there in no English language menu and the server does not speak English.

If you are unable to speak any French, we urge you to learn few phrases and use them often. Not speaking the language is a problem when taking a cab (see our article on Taxis) and you might find that taking the Metro is a good idea since it does not require that you converse with anyone, simply that you have the correct change for a ticket and know the stop nearest to the location of interest. This leads to our recommendation to get a metro map and study the names of the transport lines and stops that will get you to your location. Each station is equipped with ticket vending machines that allow you to purchase one way or round trip tickets to your destination. 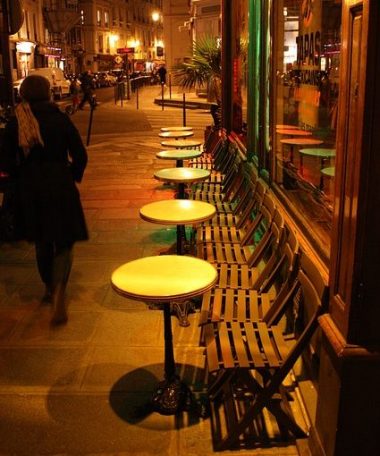 Dining in Paris is a late affair, as Parisians generally dines later than most Americans dine. Eating a meal in France is designed to be a social time and they enjoy long, leisurely meals. Long meals. generally, are the way it is, so just go with the flow.

Be prepared for courteous, but leisurely service and note that complaining about the speed will not make it any quicker. You are in Paris, so enjoy your time spent eating. Talk with your travel companions, people watch, enjoy the meal, and bask in the ambiance of being in the City of Light.

In shops or restaurants, always greet the proprietor with a “Bonjour” when you arrive and a “Merci” when you depart. If you do so, your visit will be a lot smoother. The French are very proud of their language and expect visitors to know a little French.