Austria Travel: The Fortress and the Residenz

Austria Travel: The Fortress and the Residenz

The Salzburg Residenz in Austria is the former palace of the Prince-Bishops who ruled Salzburg when it was an independent state.  The palace, though unremarkable from the outside, is opulent and touring it will reveal a  number of beautifully appointed rooms.

The Festung Hohensalzburg, looming over the Old Town has been guarding Salzburg for over 900 years.  It is, also, one of the largest and best preserved castles in Europe.  Now a museum, touring the Festung provides an interesting look at its history, as well as spectacular views of Salzburg and surrounding areas.

If your time in Salzburg is limited, head for the Fortress first, as it takes longer to tour, and, then, see as much of the Residenz as you can fit in before your feet fall off. 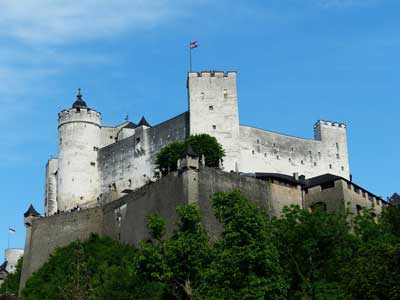 The Festung can be reached by cable car from the Old Town or by walking up the Festungsgasse, which is located on the south side of the Kapitelplatz.  The cable car station (Festungbahn) is just a short distance up Festungsgasse and is easy to miss if you are not looking for it. The cars leave every ten minutes for the short, but steep ascent to the Fortress.If you decide to walk to the Festung, you will find that the views of Salzburg from the path are worthwhile, but the long uphill walk  is steep and takes approximately thirty-minutes (allowing for several picture breaks).

Once you have arrived, you will find the views of the city and its surrounds from the Fortress are inspiring and, in good weather, you may spend the majority of your visit taking that perfect picture of Salzburg’s Old Town.  Once you have taken your photos of the city, it is time to start your tour of the Fortress.

An audio guide is available in several languages and a multimedia show, called the Multivision Show, plays every few minutes.  The Multivision presentation includes some spectacular aerial views of the fortress as well as a succinct review of its history and restoration efforts currently underway.

The Festung was built over several centuries, as battlements, towers and other quarters were added to the core fortress that was built in 1077 by Prince Gebhard I.  The initial construction (as well as that of nearby Castle Werfen) was built to create a defensive fortress to protect the lands of the Archbishop who had sided with the Pope during  a controversy about whether the Pope or royalty had the right to appoint bishops. Most of the Fortress we see today was constructed  well after the controversy was settled.  Major enhancements were added during the 15th and 16th centuries.

Areas of the Fortress open for touring  include the Gallery, Torture Chamber, Observation Tower,  the Rainer Regiment Museum, the State Rooms and the Fortress Museum.  Most of the areas on the tour were part of the Hoher Stock or Castle Keep, which is where the Prince Archbishops lived when in residence.

The “Torture Chamber” is one of the most popular stops on the tour.  There are a number of displays showing the implements of torture used at the time, including the “uncomfortable” chair shown at the right.  It looks remarkably like our airplane seat during a recent research trip to Europe.

The Museum and the State Rooms are the leading attractions and include a number of delightful finds.  Some of the objects, especially the furniture and the ceramic stoves, are excellent example of medieval artisanship, as is the artwork found in the personal chapels  There are several layers of the Hohensalzburg that can be toured, including a bailey, observation or lookout tower, St. Georges Chapel and other attractions.  Click here for more information on the Fortress from the Official Website for Salzburg’s civic landmarks. 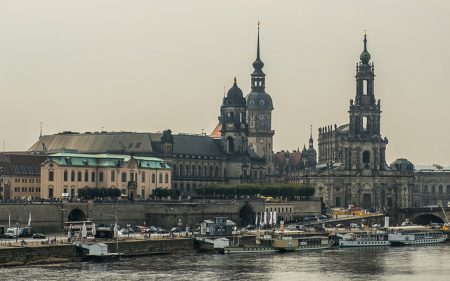 Follow the signs to the State Rooms to begin your tour.  Be sure to get a personal audio guide (available in 7 languages) at the entry desk, as it contains interesting details on each of chambers you will visit.

The location of the Residenz has been in use as a bishop’s palace since the 12th Century. The building you can explore today is largely a 17th century creation built over, around or simply replacing earlier architecture.  It is the interior of the building, however, that is the attraction.

Although the Residenz is a  large structure,  only a modest number of rooms are available for touring.  The quality of these rooms,  as evidenced by their decorations and furnishings, is outstanding.

The State Apartments (both meeting rooms and personal quarters) reflect the splendor with which the Prince-Archbishops surrounded themselves.  There are fifteen “apartments” on the tour and each offers something unique. You will see many beautiful items and decorative styles during your tour. The styling is a combination of Baroque, Classical and Renaissance that reflects the taste of the various Prince-Bishops who were stewards of the building during a three-hundred year period.

In addition to the state apartments, the Residenz also hosts the Residence Gallery, an art museum featuring a significant collection of European art from the 16th to the 19th centuries. You can purchase a ticket to visit either the State Apartments or the Gallery or a combination ticket for both attractions.  Click here for the official website  of the Salzburg Residenz.

For devotees of art, the Rupertinum Museum of Modern Art and the Moncheberg Museum of Modern Art (the modest, but noticeable building on the side of the hill to the northwest) have interesting, but not must-see collections of modern art and graphics.  These museums operate as a pair and more information about them is available at the official website http://www.museumdermoderne.at/ .

One final note, the Festival Halls for the Salzburger Festspiele facilities are located in the Old Town at the foot of the Monchberg (and diagonally across from the Fransizkanerkirche).  These buildings, which include the House for Mozart, were purpose-built to host the Festspiele and the area they occupy has now become known as the Festival District.  There is not much of interest here, unless the Festspiele is being held.