Myanmar, the Lost Treasure of Asia

Myanmar, the Lost Treasure of Asia 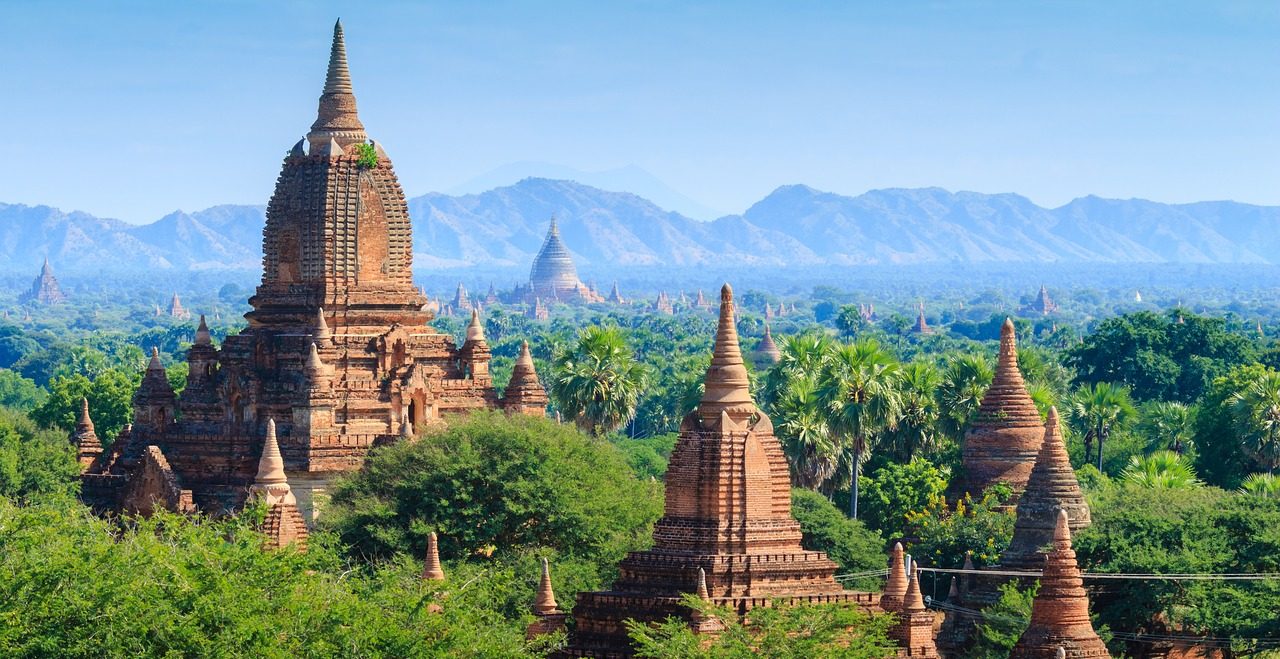 Myanmar is an Asian Buddhist wonderland with red-robed monks and bicycle rickshaws where British colonial relics line the streets. Like most of Southeast Asia’s countries, Myanmar’s people and history is a glorious mishmash of settlers and invaders from all fronts.

The Mon and the Pyu are thought to have come from India, while the now dominant Bamar (Burmese) migrated through Tibet. Burma, officially the Republic of the Union of Myanmar, is a country in South Asia, bordered by India, Bangladesh, China, Laos and Thailand. 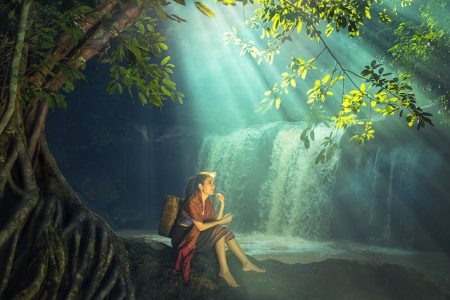 There are no Starbucks or McDonald’s or name-brand Western hotels, but some of that will soon change. As the country sheds its past as an isolated military dictatorship and taboo travel destination it is becoming a new global hotspot — topping tourism lists as the must-see place to visit in 2012.

Myanmar, one of the most mysterious and undiscovered destinations in the world, is about to unveil its beauties and at the same time its poor living conditions.

New laws are being drafted to make it easier and tax-friendly for foreign hotel chains and others to do business in Myanmar. Auctions are under way for dozens of colonial buildings that some developers want to restore as boutique hotels and others want to tear down. Tourism authorities say the country needs more restaurants that cater to international tastes, more car rental agencies, more airplanes to shuttle tourists to the sacred temples in Bagan, more English-speaking tour guides, more everything.

“We especially need more hotels. We need big chain hotels,” said Kyi Kyi Aye, a consultant to the government’s Myanmar Tourism Board who is helping promote the country abroad and court foreign investment. “Tourism is booming and that means we have many challenges to overcome.”

Bring heaps of cash because Myanmar is a cash-only economy. With rare exception, credit cards are not accepted. The only exception might be some especially shady money changer, but be prepared to pay an astronomical commission (30% is not uncommon). Leave iPhones, HTCs and BlackBerrys at home because foreign mobile phones don’t work here. Be prepared for hot, sweaty sightseeing because taxis are decades-old, without air conditioning.

For now, Myanmar is the sort of time-warped place that adventurous travelers love. Myanmar is a paradise to discover, a destination for discerning travellers to explore and experience the mystical charms of the East in all its diversity – rich archaeological sites, glittering pagodas, a wealth of cultures, colourful festivals and arts. Myanmar is also blessed with an awe-inspiring range of natural sights – idyllic land- scape, lush fertile plains, vast virgin jungles, majestic snowcapped mountains, pristine beaches washed by crystal clear waters, fragrant pine trees and sunflowers bathed in abundant sunshine.

Yangon, the largest city in Myanmar and home to its only international airport, currently has 5,000 hotel rooms but only 3,000 that are considered suitable for tourists.  Visitors can bang the biggest ringing bell in the world, visiting the world’s biggest man-made stone cave, walk across the longest teak wood bridge, pray at the largest reclining Buddha in the world and conquer the highest peak in SE Asia. Shopping, meanwhile, can uncover unique handcrafts. Independent travel — staying at boutique hotels, shopping in family-owned workshops, eating at small restaurants — is the best way to put money directly into the hands of locals.

Bagan is an ancient city located in the Mandalay Region of Myanmar. Situated on the banks of the Ayeyarwady (Irrawaddy) River, Bagan is home to the largest and densest concentration of Buddhist temples, pagodas, stupas and ruins in the world with many dating from the 11th and 12th centuries. 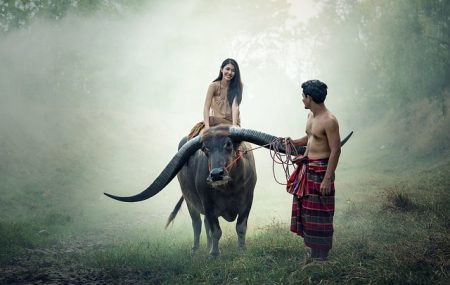 The shape and construction of each building is highly significant in Buddhism with each component part taking on spiritual meaning. You can fly from Yangon to Bagan for less than 100 $. Guests must pay a $10 fee to enter the thousands of sites in the archaeological zone. A room costs the same per night and as a means of transportation hire a bicycle, oxcart or car — or arrange for a one-hour balloon flight over the Bagon pagodas at dawn.  It’s also possible to travel by overnight boat along the Irrawaddy River from Mandalay — a magical way to arrive in Bagan. 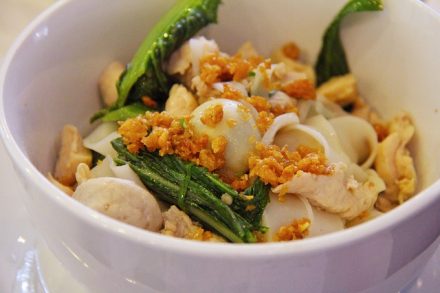 Burmese food is a blend of Chinese, Indian and Mon influences. Rice is at the core of most Burmese food, and good vegetarian food is widely available. Burmese food is often extremely pungent. Food is very inexpensive.  Keep in mind that the vast majority of low-to-middle class restaurants use a cheap blend of palm oil as cooking oil. This oil may be unhealthy, and common roadside restaurants should be avoided. Higher class restaurants use peanut oil instead. Because the Burmese cuisine is a medley of many regional influences, it has many characteristics. Seafood is more common along the coastline, while preserved meats are more common in inland areas.

Tap water in Myanmar is not safe to drink, likewise ice may be contaminated. Bottled water is readily available at many tourist sites. Similar to Chinese tea, Yenwejan is usually provided free at restaurant tables. Alcohol is frowned upon by conservative Buddhists, Hindus and Muslims, but consumed widely, mostly among men. Myanmar Beer is most popular in the country. 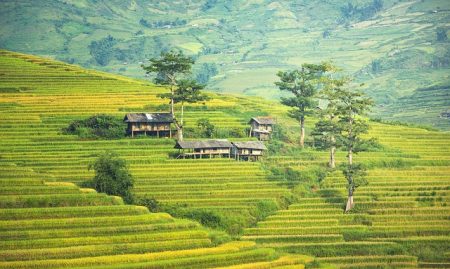 n 2011, the number of tourist arrivals jumped nearly 30 percent. But Myanmar still received only 816,000 visitors that year, a tiny fraction of the 19 million that visited neighboring Thailand.

Amid the rush to welcome the world’s tourists, there are calls to avoid the pitfalls of nearby countries like Thailand which benefited from mass tourism while its cities have turned into urban jungles that are magnets for backpackers and sex tourism.

Some have suggested aiming for a limited, higher-end tourism market like Bhutan. “Although we’re way behind, I don’t think it’s a bad thing. We want to handle Myanmar with care. It’s like a fragile thing,” said Su Su Tin, who runs a travel agency and is an executive member of a consortium of more than 100 hotels, airlines and tour operators. Initial discussions with the Tourism Ministry about handing out visas on arrival were shelved after it was decided that it’s best to continue limiting tourist arrivals for now. “Yangon is one of the last cities in Asia with a lot of its 19th and 20th century architecture intact,” said Thant Myint. “We have a narrow window of opportunity to try to avoid the worst mistakes of the rest of the region.”