Although London is a wonderful place to visit, you may tire of its hustle and bustle. If you feel the need to get out of the city, consider one of the day trips listed below.

Windsor Castle and Hampton Court Palace are very popular destinations. They are extremely crowded during the summer, so you might want to read our travel tips on touring strategies for advice on how to avoid crowds and enjoy your touring.

Kew Gardens is a beautiful spot that will appeal to those who have a “green thumb” and those who appreciate floral beauty, as well as to those wanting to see Kew Palace.

Greenwich is a more limited attraction for most, but if you are a sailor, geographer, astronomer, or someone interested in the History of Science, it could be just the place for the memory of a lifetime. 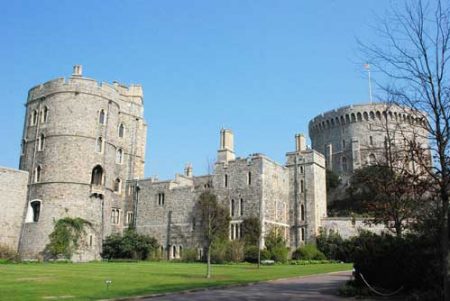 Windsor Castle is an architecturally distinguished, historic attraction and not to be missed. It is one of the Queen’s official residences and captures almost a millennium of British Royal History. Windsor Castle is a large complex and requires several hours to tour. From its magnificent St. George’s chapel to the impressive State Apartments, Windsor Castle provides important glimpses into Royal Britain.

The train from Paddington is faster (about 30 minutes to Windsor) but requires you to change for a train to Windsor after arriving at Slough. The train from Waterloo takes about 50 minutes but does not require a connection.

Bus connections to Windsor are available from London, but the trip takes about 90 minutes. Alternatively, you might want to consider a bus or van tour that includes both Windsor and Hampton Court

One of Henry VIII’s favorite palaces, Hampton Court, is a wonderful place to spend a day. It is a luxurious residence that hugs the Thames and takes advantage of the setting. The buildings contain many historic artifacts, beautiful decorations and impressive art. Touring the Palace requires several hours to do it justice.

Hampton Court Palace is regarded by many as the finest palace in the United Kingdom. If you have time, visit its world famous gardens and the equally famous Maze dating from the late 17th century.

The easiest transport to Hampton Court Palace is by train (a 30 minute trip) from London’s Waterloo Station, located in the South Bank area of London.

Kew Gardens Station ( On the District Line – take a Richmond train, not a train going to Ealing, Broadway or Wimbledon).

The Royal Botanic Gardens at Kew offers a 300-acre collection of plants and gardens.  A visit to Kew is a must if you have a “green thumb” or admire the English penchant for gardening. Public transport is available. See the Official Kew Website  for visitor details.

Kew Palace,  King George III’s family home on the grounds of the Royal Botanic Gardens, reopened in 2006 after a 10-year restoration project.  Kew Palace is generally open between April and October, but the exact dates vary.  See the official website for Kew Palace for more details.

A popular day trip from London is to take a boat trip down the Thames to visit Greenwich, a UNESCO World Heritage site.

The focus for many travelers visiting Greenwich is the Old Royal Observatory, the original home of Greenwich Mean Time and the location of the Prime Meridian. Those with geographical focus will want to have their picture snapped as they straddle “East and West”.

The Observatory includes an interesting collection of historically important clocks (remember the connection between longitude, time and location) and other instruments related to astronomy.

The main building was designed by Christopher Wren. It housed the first Royal Astronomer, John Flamsteed and, later, Edmund Halley, known for many important discoveries but mainly reputed for Halley’s Comet.

The Maritime Museum provides a fine display recollecting the importance of sea vessels to the history of the UK.

The Queen’s house, besides being noted for its architecture, is filled with portraits of Britain’s famous seafarers.

The buildings that were until recently the home of the Royal Naval College, are noted for their baroque architecture (Wren again) but it is the amazing ceiling paintings in the Great Hall that attract the most attention. Read the official website of the Old Royal Naval College for details on visiting.

You might enjoy taking a cruise down the Thames to Greenwich.  Boats stop at the Greenwich Pier and originate in London, departing from the Westminster pier, Charing Cross Pier, and the Tower Pier. The boats run twice an hour during the high tourist season and approximately once an hour during winter. Check locally for the official timetables, as the schedules can vary.

The Making of Harry Potter 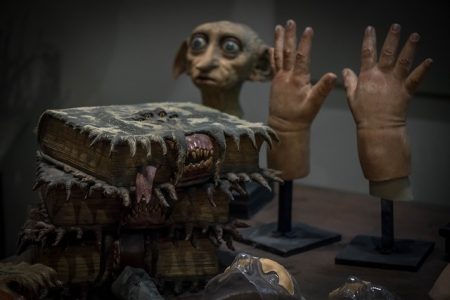 The Warner Brothers Studio outside London is offering  a tour of its Leavsden studio, the site that was used to produce the Harry Potter movies over the last ten years.  You will be able to see the original sets, animatronics and other technological wizardry used to create these incredibly entertaining films.

See the office website (and the only one authorized to sell tickets) of Warner Brother UK  for more information.  Tickets for the tour cannot be purchased on site and must be ordered ahead of time.  The official website has these details, as well as alternative transportation suggestions for reaching the attraction.