Created in the 1980s by two Austrians, architect Joseph Karwina and artist Freidenreich Hundertwasser, this apartment complex has become one of the most visited locations in Vienna. Whimsical design, along with unusual placements of trees and plants are the hallmarks of this unique and important architecture. Hundertwasser wanted to prevent more of the same old faceless buildings from being constructed and thought to do so by  providing a ecology that supported apartment living. The building was originally a furniture factory converted to a new form based on Hundertwasser’s philosophy.

The Hundertwasser-KrawinaHaus is located at Kegelgasse 34-38, 1030 Wien.  It is open daily including weekends and holidays, See the official website for more details. 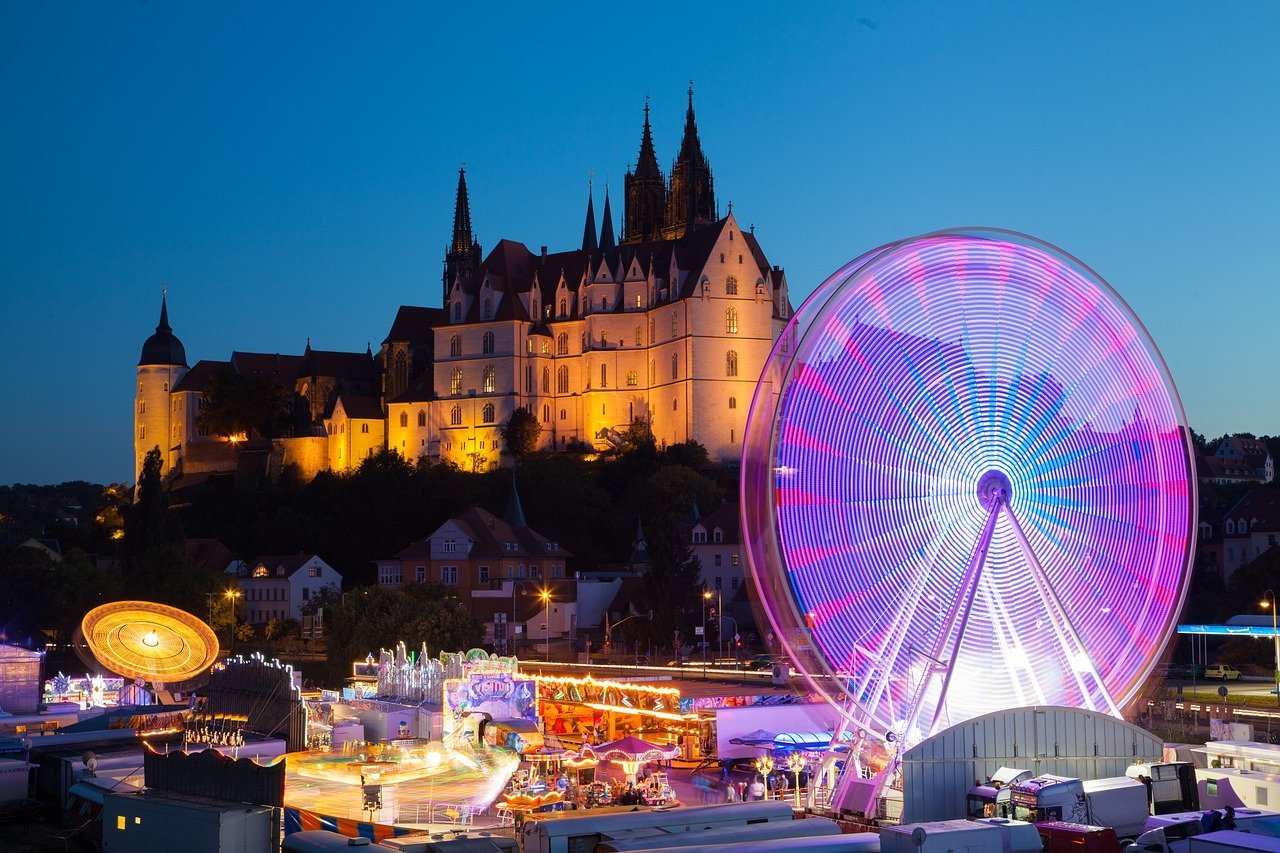 The Prater is regarded with an almost religious admiration by the residents of Vienna. This large public park (not unlike the Englischer Garten in Munich) was once  hunting grounds owned by the Habsburgs.  In the 17th century it became a public park and over the years, numerous attractions were added, including a number of cafes and restaurants. Aside from its open spaces and wonderful atmosphere, the Prater is also known for its giant Ferris Wheel and the Prater Amusement Park (you may remember the large compartments on the Ferris Wheel from the movie “The Third Man”).

As you wander down the Graben on your way to the Stephansdom or for some shopping, you will undoubtedly notice a tall column that sits in the middle of this pedestrian walkway.

Vienna was hard hit by plague several times and the end of each  outbreak led to building of a commemorative edifice.  To celebrate the end of an especially widespread instance of the plague in the 17th century, Emperor Leopold I had  a decorative column erected on the Graben.  Known as the Pestäule, this interesting, Baroque-style column was designed to represent  the agony and suffering created by the plague and its defeat through the power of prayer.

The details of the column are impressive, as are the figures acting out an idyllic version of the end of the plague.

Built in the 19th century on the Ringstrasse, the Neues Rathaus (New Town Hall) dwarfs its surroundings.  Its central tower is capped with an 11 foot tall statue of an armored knight, affectionately known as “Rathausmann”, that towers approximately 30 stories above the Rathausplatz and the lovely Rathaus Park. This lace-like building is beautiful, but functional, as it serves as the Vienna City Hall.  By the way, if you visit in December, many areas of the city will  be the sites of Christmas Markets, but one of the best will be in front of the Neues Rathaus.