Ibiza and Mallorca are the most developed of the four Balearic Islands in Spain. Ibiza Town (Eivissa, as people there call it) is a city full of night clubs and luxury stores, dominated silently by solid medieval walls and a Gothic cathedral. Along the quay there was the area known as Sa Penya (The Rock). Once a quiet neighborhood of fishermen, Ibiza has become a favorite destination for tourists all over the world; its restaurants, bars and markets awake to life every night.

There is a misconception that Ibiza only means fun for very young people; however, the island does not only mean disco and madness, everybody can find their place here, whether they’re young or old, couples or single.

The island itself is a shopping paradise for young people, starting with clothes, shoes, jewelry, anything one can buy. Here you can find some fancy clothes and fashion items, and you can wear anything without fear of looking ostentatious.

Ibiza has around 50 beaches, each of them with its special beauty, with fine sand and crystal blue waters. Another attraction is the fields of salt – the saline. During the hot summer months, when water evaporates, a shiny layer of pure salt remains on the surface and the sun which reflects in it creates spectacular views. 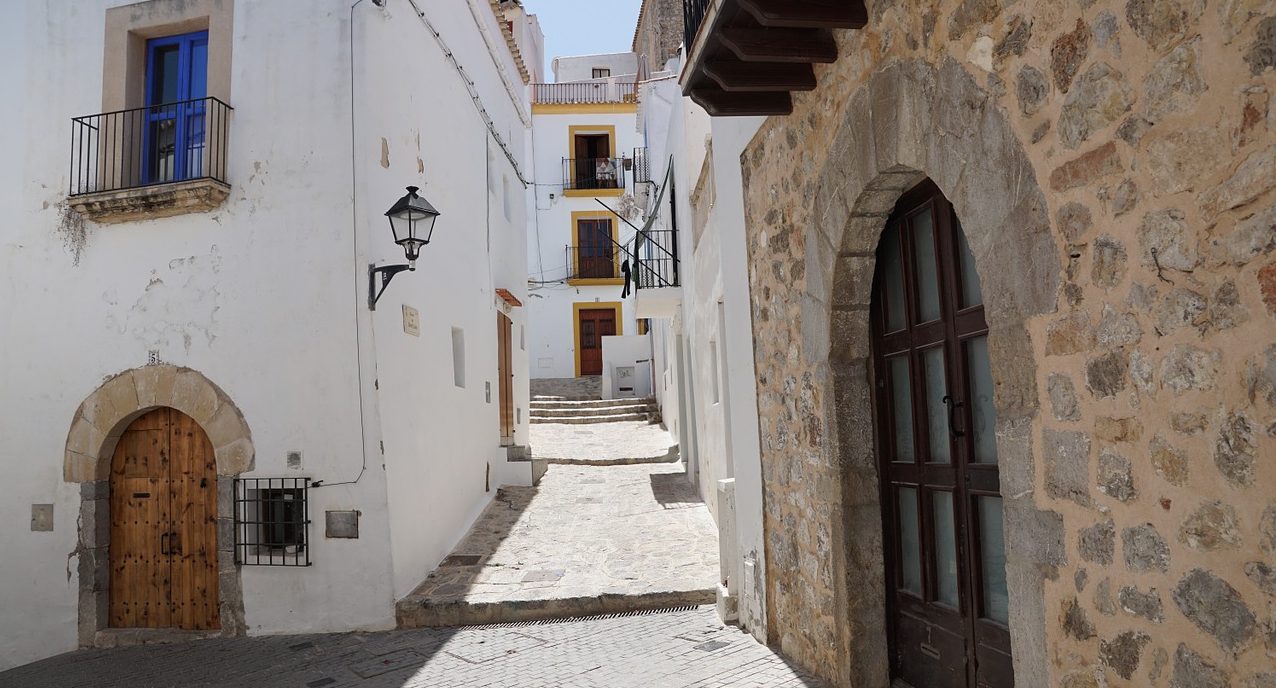 Places to visit in Ibiza

There are countless sightseeing spots for lovers of ancient vestiges. Ibiza’s Cathedral is built on the site of former religious buildings that belonged to cultures that led Ibiza since the Phoenicians.

The museum located inside the cathedral contains works of religious art, ecclesiastical treasures and relics. A second museum, the Archaeological one, has artifacts from the times of Phoenicians, Carthaginians and Romans. The Punic archaeological museum exhibits many important objects found in a Punic necropolis with over 3,000 graves, excavated nearby.

The Hippy Market is located between Santa Eulalia and Escana and is held every Wednesday from April to October. However, it is not the only one that can be visited. There are other several hippy markets, open only one day per week:

You can also visit Cova de Can Marca, which is the largest natural cave in Ibiza, situated in the Port of San Miguel. These caves accommodate a specific ecosystem, made of rare animals, such as the muradensis lizard. They are over 100.000 years old, but there are still deepening their galleries, where stalactites still form.

Ibiza is the paradise of clubs and restaurants destined especially to gay couples. This is why, when entering such a location, you need to pay attention as, sometimes, the access is allowed only to gay. You can find restaurants all across the city, even on the beaches.

The secret of the delicious dishes from Ibiza’s restaurants does not lie in the number of ingredients used, but mostly in the way they are combined. People here go to the market to buy red meat, poultry, sea fruit and especially fish, due to the proximity to the sea. Whenever you go eat in a restaurant, do ask for a dish based on fish – it will be made of fresh, tasty fish, cooked with attention and mastery.

Many of the local dishes contain beans, rice, eggs, potatoes and greeneries. Here the meat pies served as main dish are very popular. Whenever you serve drinks in a bar or restaurant, they will be accompanied by the famous tapas, that you can also serve as a light meal. 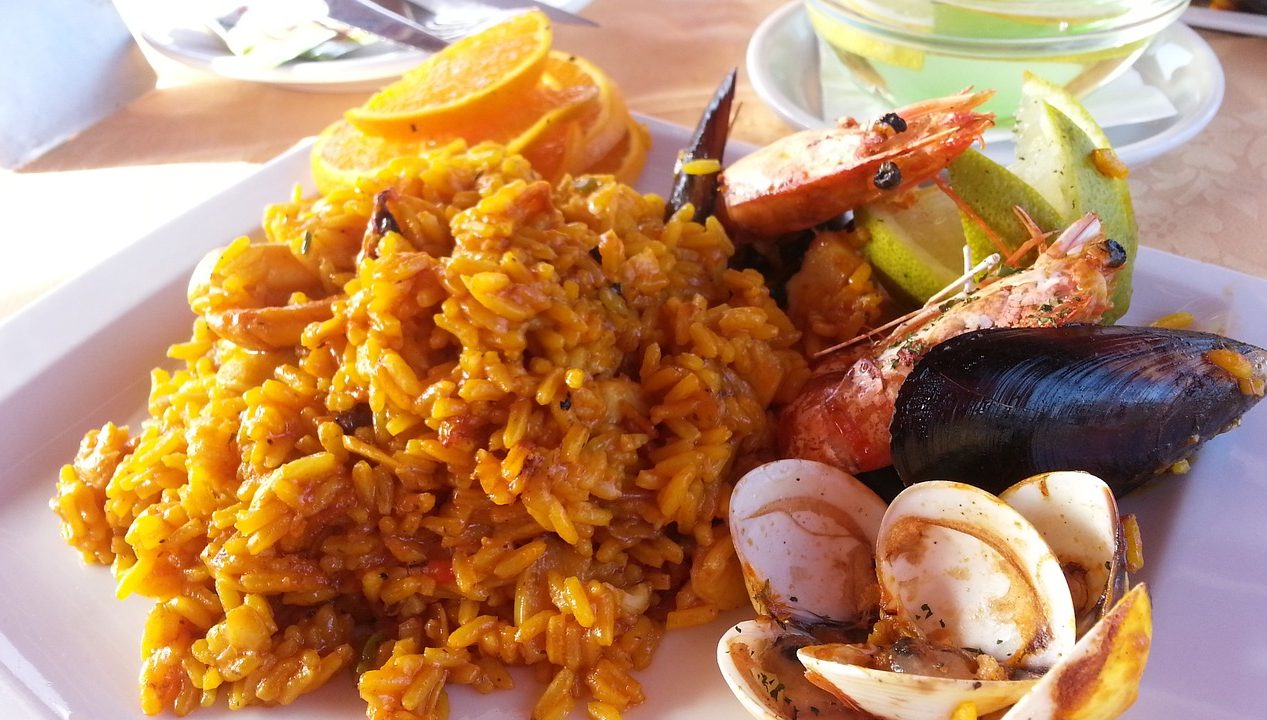 Every delicious meal is cooked exclusively with olive oil, which gives a special flavor to the dish. The Chorizo sausages are greatly appreciated, and they are served seasoned with spices and a lot of garlic. The latter is loved by people in Ibiza, unlike most other vegetables and greeneries.

Those who care about silhouette can serve salads, offered in a large variety by all restaurants in Ibiza. They can be served either as a main dish or as an appetizer, at the beginning of the meal, without any kind of seasoning apart from vinegar and olive oil.

Any portion is large and you will need no extra food after you serve your meal in a restaurant. All Spanish people, including the Ibiza’s inhabitants, love to eat and cook. Even if the food is incredibly tasty, you need to pay attention, as sometimes not all meals are light and easy to digest.

Ibiza town, situated in the south-east of the island, is the main town of the island complex and has the status of capital. The island is located near Mallorca, and 100 km away from the Spanish coast. It is a loved destination, recognized as the place with the most vivid and exquisite nightlife in Europe. Ibiza is the favorite destination for those eccentric, enthusiastic and eager for entertainment.

Playing golf is a great way of spending your time in Ibiza Island. One of the best golf fields is the one at Santa Eulalia del Rio, 15 km away from Ibiza’s airport. It has been functioning since 1990; it is open all year long and has all necessary facilities.

The trips with the touristic trains in the north and around the resort are perfect opportunities for families with kids to visit the island. A 20-kilometer route passes through San Carlos, alongside the beaches and lasts for three hours. The train stops frequently so you can take pictures, have a snack or simply visit the surroundings.

San Antonio is the only destination on the island for families with children who love karting. The carting supervisors allow children over 4 years old only, with or without being accompanied by adults. You can also purchase group tickets.

Ibiza Island offers different kinds of sea cruises around the islands Ibiza, Formentera and Es Vedra. The sea cruises can last for a day (boat excursions), several days (sea cruises) and you can either go with a larger group of tourists or pay for private boat trips. 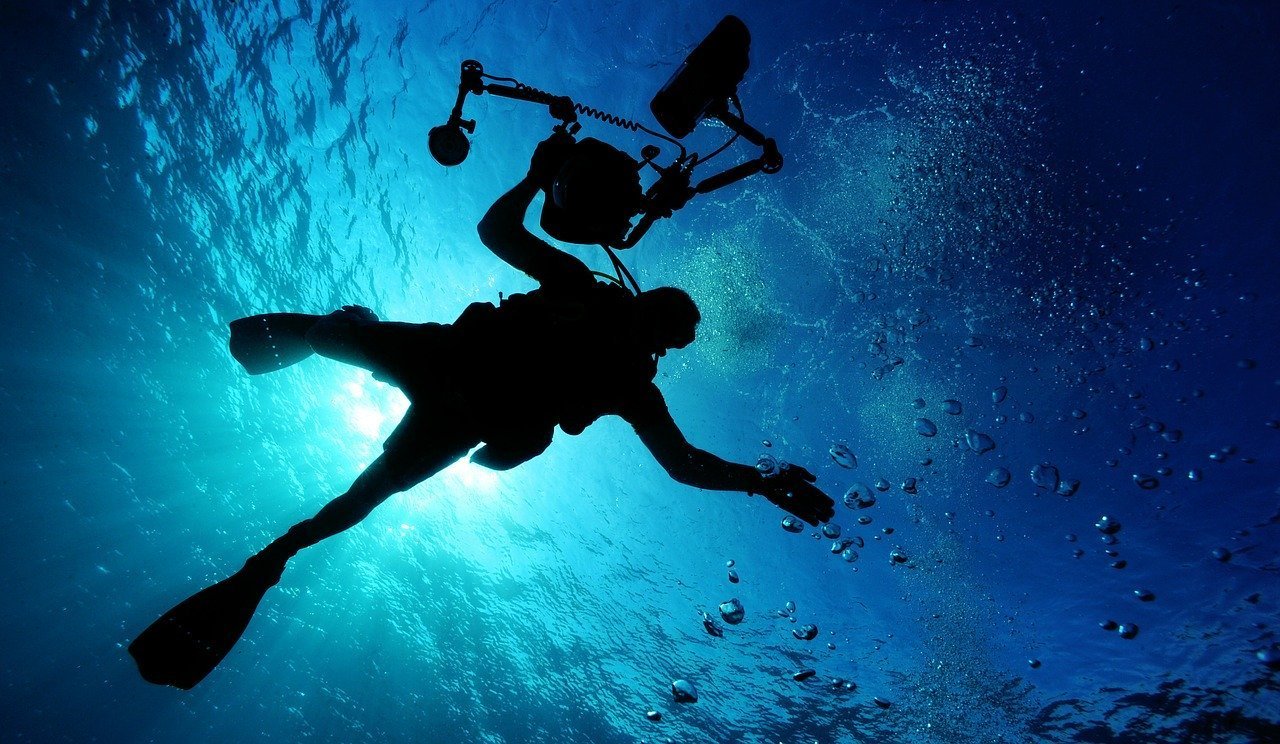 Coastal waters, very clean and warm, have made Ibiza famous among scuba enthusiasts. There are over 80 interesting places for divers. The waters are so calm and friendly, that you can enjoy the experience even if you never dived before.

The urban structure Dalt Vila is made of original stone, which can also be seen in Almudania castle. A wall dating from the 16th century surrounds Dalt Vila. It is best to visit it by foot, so you can take your time and experience the narrow old streets and the multi-leveled terraces.

Ibiza’s Cathedral was built in 14-16 centuries in a Gothic-Catalan style, on the spot of an old mosque, and was renovated in the 18th century with Baroque influences. It is a fortified building, which was transformed for tourists; you can climb all your way to the top, where you can admire the view over the whole town and the port.

The most important bioclimate in the Mediterranean Sea, called Posidonia prairies, which can be found in water depths of islands Ibiza and Formentera. Posidonia is a plant with roots stuck deeply into the bottom of the sea and never grows alone, but always is large groups that form what some people call “seaweed fields”.

Ibiza is famous for its spectacular and impressive natural scenery. One of the places where you can admire the landscape is Cala d’Hort in front of which there is the mysterious Es Vedra rock.

The fortified town Dalt Vila, the Phoenician settlement Sa Caleta, Puig des Molins Necropolis and the underwater plains in Oceanic Posidonia are four exceptional elements, which included the island in the UNESCO’s Patrimony of Humanity in 1999. 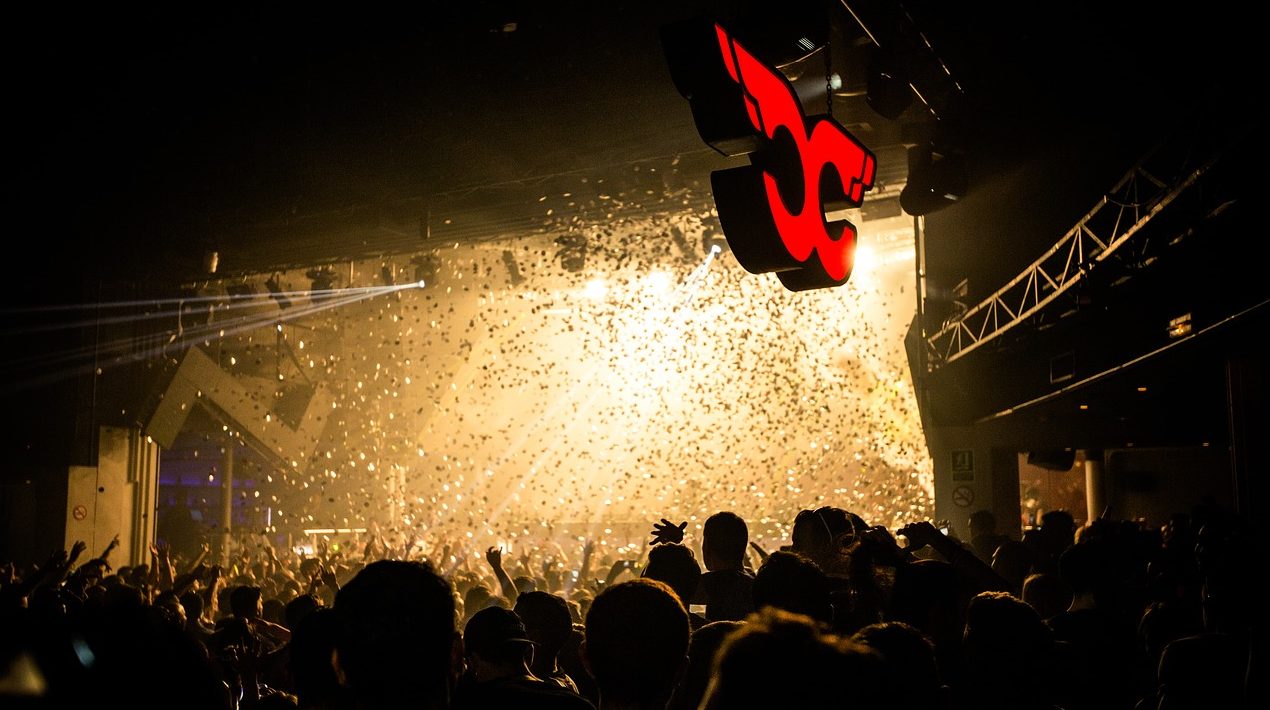 Whenever one mentions Ibiza, the first thing that comes to mind is fiesta (the Spanish for party). For most people the island is, undoubtedly, the entertainment capital of the world, with the most exclusive clubs, the hottest DJs, the coolest bands, and the most attractive dancers.

The island has an area of only 570 square miles, but that does not mean it cannot be a fun place of the best quality. Packed with nightclubs and wide beaches with fine sand, Ibiza offers an unforgettable experience to anyone who loves hot rhythms, sunny beaches, exotic cocktails and beautiful girls.

As night comes, all beaches, discos and clubs suddenly come to life and mega-parties begin. Most clubs open at 12 a.m. and organize special nights, so you need to buy tickets several hours/days in advance. As competition is fierce, all clubs have special offers and guests – famous DJs like Paul Oakenfold, DJ Tiesto, Armin van Buuren, Paul van Dyk, and others alike.

The clubbing season starts in May and ends in late September. Large clubs organize incendiary parties for the beginning and the end of the clubbing season. They sometimes organize street parades as well, creating an atmosphere which resembles to carnivals and special nights are promoted aggressively.

Clubs usually have several rooms where guests can listen to different types of music – house, trance, dance etc. The main-room is reserved for the most famous DJs, while other DJs mix in the guest rooms.

Privilege – the nightclub in San Rafael has the fame of being the world’s largest club, with a capacity of over 10,000 people and is, in fact, the island’s flagship club. Privilege has its own buses, which leave every half hour from several points of the island, including the port area, and they function up to 6 in the morning. 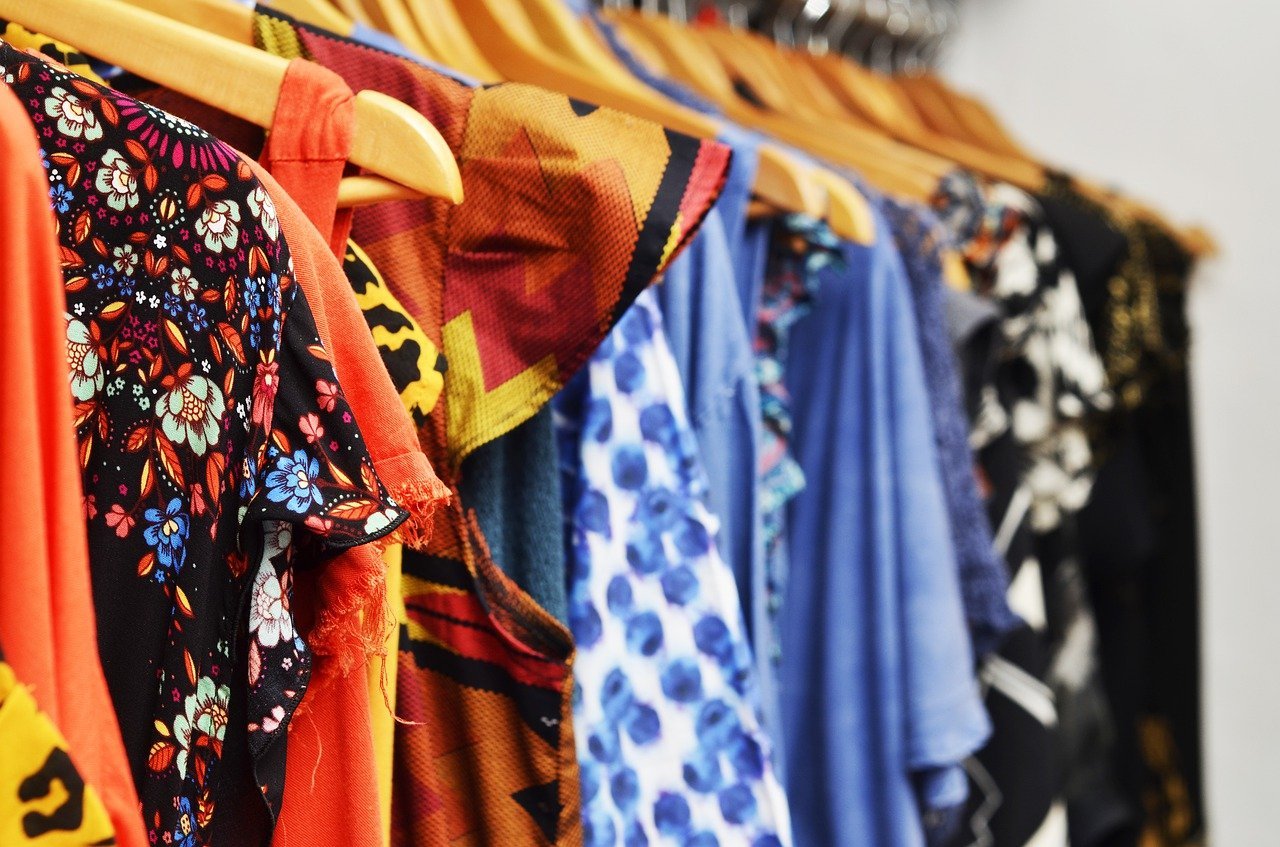 Ibiza is the Spanish island famous for its intense nightlife, its natural spectacular landscapes and Interesting archaeological sites. Nonetheless, shopping enthusiasts can find countless shopping spots, with great offers especially during the touristic season, which starts in May and lasts until October.

The great thing about shopping in this exotic island is that you can pursue your passion anytime, at any hour, no matter if it is day or night. Shops in Ibiza stay open until late after midnight, and some of them never even close their doors.

Places to go shopping in Ibiza