Chambord Castle is a royal castle and it is known in France as Chateau de Chambord. This is one of the most recognized castles anywhere in the world as it features some very distinct architecture which resembles the French Renaissance. This is combined with a range of traditional French architecture which dates back to the medieval times. This building was originally started under the direction from King Francois the first in order to allow him to be close to his mistress. The castle that was occupied by his mistress was adjacent to this building. Chambord Castle is one of the biggest castles within the area that is referred to as Loire Valley and it was built to be used as a hunting lodge. However, he kept his royal residences at the castle that was known as Chateau de Blois. The original design that was used for Chambord Castle is considered to be by the architect that was known as Domenico da Cortona; however, there are some disputes on this matter. 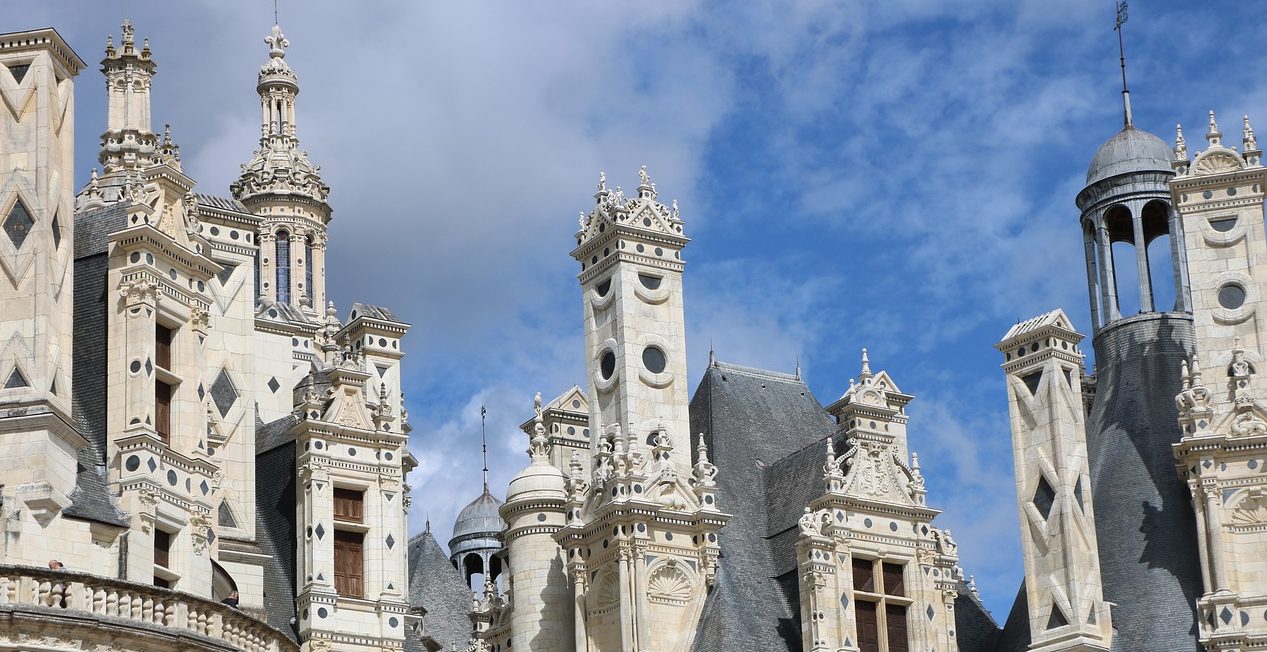 Between 1519 and 1547 there was a lot of construction work carried out at Chambord Castle and during this time the work was overseen by Pierre Napvue. Once work was completed on the castle Francois took great delight in showing it off as a symbol of his considerable power and wealth. During the sixteenth century the castle lost some of its castle architecture although it did still feature some of the classically associated architects.

There were a lot of water features within the extensive gardens, which are part of this castle. This castle is actually no different to the other castles that date back to the same time period. The layout of this castle is actually very typical and it features corner towers and a moat. The castle was built using the Renaissance style and the internal layout is a good example of the styles that are commonly associated with Italian and French styles.

The roof of the Chambord Castle is actually a contrast to a lot of the other masonry work that has been carried out on this castle. The roof of this castle is often compared to the skyline of a town, and it has eleven types of towers and three types of chimney although there is no symmetry. These structures are framed at the corners by massive towers. The design that has been used is similar to that of Leonardesque and Italian styles.

The Chambord Castle has a range of features and this includes one hundred and twenty eight meters of facades, and there are more than eight hundred columns which are sculptured. The castle has a decorated roof, which is elaborate. When Francois the first commissioned the structure of the castle he wanted it to look like the Constantinople skyline. Chambord Castle is surrounded by about thirteen thousand acres of game reserve and wooded park. The game reserve part of these grounds is maintained by red deer, which are enclosed behind a wall that is twenty miles in length.