East of the Salzach River in Austria

East of the Salzach River in Austria 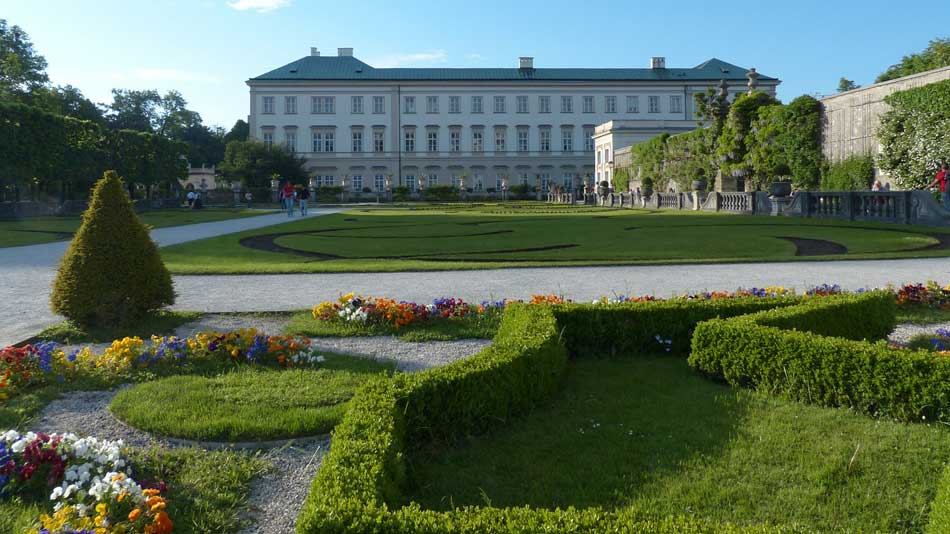 On the east side of the Salzach, you will find several interesting attractions. First is the Mirabel Palace and Gardens. Although the Palace (17th century) is now serves as a municipal office, its use does not diminish its stately elegance, although it does impact touring. The Gardens, featuring a number of dramatic Greek statues, are beautiful and provide a nice view of the Old Town and the Hohensalzburg Fortress.  There is also a modest Baroque Museum here that may be of interest to some, but it is a minor attraction.

Before you leave, take a quick look inside the Palace, after all its hall can be leased for wedding receptions.

Across from the Gardens, along Schwarzstrasse, you will find the Famous Mozarteum , which promotes and protects the image of Wolfgang Amadeus Mozart by providing support for concerts, museums and academic research on Mozart and his works.  There is not a lot to see here, except in the summer when you can visit the Magic Flute Lodge in association with events held in the Grand Hall of the Mozarteum.  The Lodge is where Mozart is reputed to have written sections of the Magic Flute, after being locked in (at his own request), by one of his retainers.

Perhaps the most interesting attraction on the right bank of the river is the Mozart Wohnhaus (residence) where Mozart and his family lived during his childhood and as his ascent to greatness began.

In the late 18th century, Mozart’s family relocated from their home on the Getreidegasse and moved across the Salzach River to the area today known as the Makartplatz.  A major portion of the house, which faces the square, was destroyed during a bombing raid in World War II.   The  destroyed section  eventually was reconstructed (after the land had been converted to an office complex) and opened to the public as part of a Mozart Museum in 1996. We recommend the tour for those interested in Mozart, his music writing and his early career.

The personal audiophone, which is included in the entrance fee, dispense significant and interesting information about Mozart.  Some of the more interesting commentary is focused on the influence his family members had on his early career.   It is apparent that his mother was loving and doting, while his father seemed to take on many of the undesirable characteristics that we associate with “stage fathers”. Mozart’s sister Nannerl was also a music prodigy, but was limited by the society of the times and eventually forced to abandon her music.  Her contributions to Mozart’ success, however, are heralded in several of the museum’s displays.

There is a map display that shows the lengthy travels of the young Mozart as he toured the royal courts of Europe.  The routes crisscrossed Europe and provide an affirmation of Mozart’s popularity, even at a young age. The distances traveled were enormous and contributed to the maestro’s fragile health.  The map is followed by a audio-visual presentation that is quite well done.

Another interesting aspect of the tour is that you will be able to experience a close-up of Mozart’s personal life when the dialog on the audiophone reveals the content of his personal letters, many of which are on display.  One concept that we had had missed was that Mozart was unhappy living in Salzburg, which he considered something of a backwater. Sorry Salzburg! Mozart’s goal was to reside in Vienna.

See this official website for more information on the Mozart Residence (click on the Wohnhausunder the “Museen” tab).

One other attraction in this area might be on interest to those of you with a sweet tooth.  Along the Salzach near the Makart Steg is the Hotel Sacher Salzburg, home of the world-famous Sacher Torte, which has become something of a culinary institution in Austria. Visit Sacher for more information on the both the hotel and its café that serves this delicious dessert.  If you do not want to try one while in Salzburg (or Vienna, Graz and Innsbruck), they ship worldwide. Perhaps we should have warned you that traveling in Austria is a high calorie adventure?