Best Places to Visit in Umbria

Best Places to Visit in Umbria 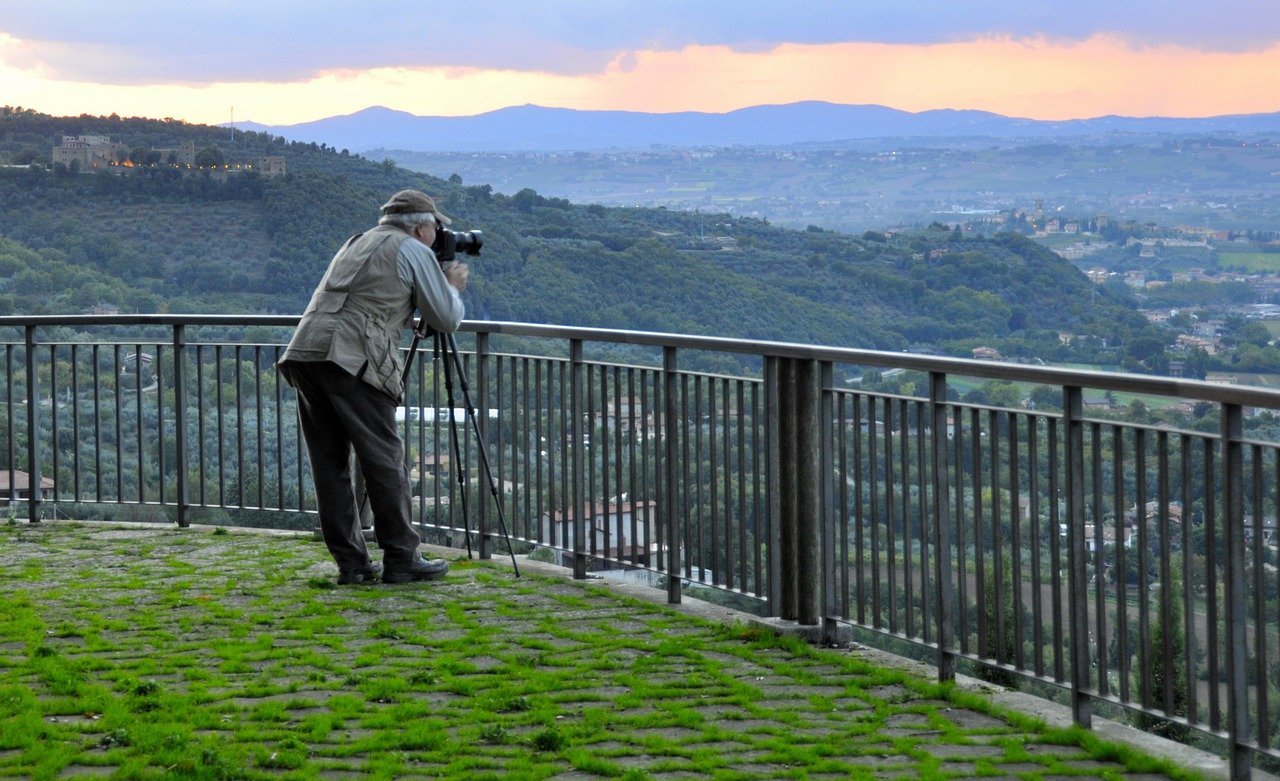 Although no part of Italy is undiscovered, many travelers believe that the region of Umbria, with its quilt of fortified hill towns, provides some the best vacation travel in Italy.

Predominately an agricultural area, Umbria is appealing from a variety of perspectives. Its attractions are interesting and several towns have noted architectural or artistic treasures, but you do not feel compelled to rush from here to there as you do in Florence, Venice or Rome.  Instead, you feel your pulse slow, appetite return and a fascination begins to grow as you muse about what it must be like to live in this delightful section of Italy.

Many people ask us “Why Umbria?”  Our response is that Umbria  has many of the same delights as Tuscany (although its landscapes are not as varied) without most of the crass commercialism and fewer tour buses (at least at present).  In many ways, Umbria is an attitude, and one that we find pleasing and restful.

There are any number of wonderful villages and towns in Umbria.  We provide Photo Guides of the towns that we feel include the “best”  of Umbria.  Your choices may differ, but the beauty of choice means that you have to sample even more of this wonderful region.  The cities we explore are shown by the following links (click the one for you).

Perugia is the largest town in Umbria and also its capital. You want to head for the Old Town (up the hill) where the history of Perugia is on display though its buildings, protective walls and wandering, narrow streets. Perugia and its neighboring towns in Umbria are places you should savor for their uniqueness and the fact that their historic cores have remained relatively intact through centuries of change. There are no “must-see” museums or remarkable architectural treasures. What there is might be called the “good life”, one that is simple, rural and in relative harmony with its surroundings.

Perugia’s history dates at least to the Etruscans and the 4th century B.C. The city is known for fine arts, good food, great walking and ….chocolate. Much of the Old Town is off-limits to traffic at various times of the day and on various days of the week.

Walking is the best way to see the city, so ditch your car and head upslope. The best attractions are scattered along (around) Corso Vannucci from the Piazza Italia through the Piazza della Republica to the Piazza IV Novembre. If you are staying in Perugia, ask your hotel about parking regulations and if they provide a garage.

The Palazzo dei Priori in the Piazza IV Novembre sits across from the Duomo and is separated from it by the Fontana Magiorri. The Palazzo is an ornate building that houses the National Gallery of Umbria, one of the highlight of a visit to this area. You might also be interested in the National Archeological Museum located in the complex of buildings associated with the church San Domenico at the Piazza C. Bruno on Corso Cavour.

Assisi and its history date back to the Umbri, a people who are believed to have been the original inhabitants of Umbria. Although the facts about their history are debatable, it appears that the Umbri were conquered by the Etruscans in the 5th or 4th century B.C.
For many visitors, however, the early history is unimportant as Assisi has been made famous by its native son, Saint Francis, who was the founder of the Franciscan Order and also known as the patron saint of animals and ecology.

The Basilica of St. Francis, which includes the remains of St. Francis of Assisi, and the Sacro Convento comprise Assisi’s famous religious shrine. See both the Upper and Lower Basilicas as both are interesting and beautiful. If you make the stop, also see the Basilica of St. Claire, which, for a time housed the body of St. Francis, and now is dedicated to St. Claire who converted upon hearing St. Francis preach. Assisi is an active pilgrimage town for Catholics, so expect larger crowds here than you will find in many of Umbria’s towns.

The left photograph below shows the castle fortifications in Assisi called the Rocca Maggiori (Major Fortress). The castle was built in the 12th century and later altered to include the tower seen at the end of the rampart. On the right, is one of a number of pleasant street scenes that you will see in Assisi.

From the Piazza del Comune in Assisi you can see the Palazzo Capitano del Popolo (the clock tower on the left) and the Temple of Minerva (the columned building). The Temple dates from the 1st century BC.

Spello is not on most tourist circuits of Umbria, which is why it is on ours. This is a delightful, small town that provides a wonderful break from the crowds. If you have time, see the church San Maria Maggiori for its frescos by Pinturicchio. Spello, also is, perhaps, the city in Umbria that best represents its Roman heritage. Many of its wall and gates, though altered and disguised through centuries of tinkering, are Roman in origin.

The Porta Venere Gate in Spello, Italy is one of six gates that surround this delightful hill town. It is also one of the three gates than dates back to the Roman era.

Although walking through Spello should not take a long time, due to the town’s modest size, the delights of the city are many and you will find some reason to wander its inviting and narrow walkways. Spello is close to Assisi and short drive from many of the most popular towns in Umbria. If you like smaller, quieter places to stay, Spello may be a good place to establish your base in Umbria. By the way, Spello is reckoned by many to offer some of the best restaurants in Umbria. The food is great, but we suspect that the town’s pleasant ambiance adds to the equation.

Orvieto is one of the most interesting towns in Umbria. Its Duomo, dating from the 13th century, is world famous for its unusual but harmonious blend of beautiful architectures. Although the exterior is stunning the real treasures are to be found inside. Be sure to see the Chapel of San Brizio (the Capella Nova), known for its incredible frescos. Also see the Chapel of the Corporal and the relic it houses, as this was the original reason for building the Duomo in this location.

Orvieto includes a number of residences that housed various popes and their entourages when Rome was not quite the place to be in the Middle Ages. The city’s impressive Well of Saint Patrick was commissioned by Pope Clement VII during his respite here after Rome was sacked in the 16th Century. For more interesting architecture, see the the town’s Palazzo del Popolo and its Capitano del Popolo dating from the 14th century with later alterations. 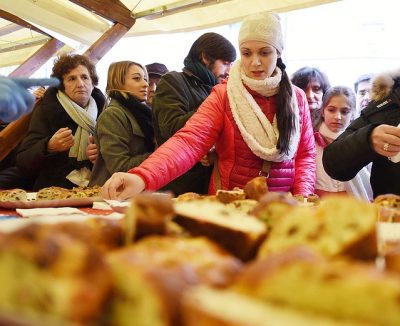 We feel that these  Umbrian towns  will reward your inquisitiveness.  Also,  if you have time, we highly recommend a visit to Gubbio.

Most of Umbria’s towns  are small and can be crowded during the day in high season.  We recommend that you consider spending a night or two in one of the towns described above to understand the how wonderful a visit to Umbria can be.   When the sun goes down, the tour buses rumble down the  highway and life returns to normal.