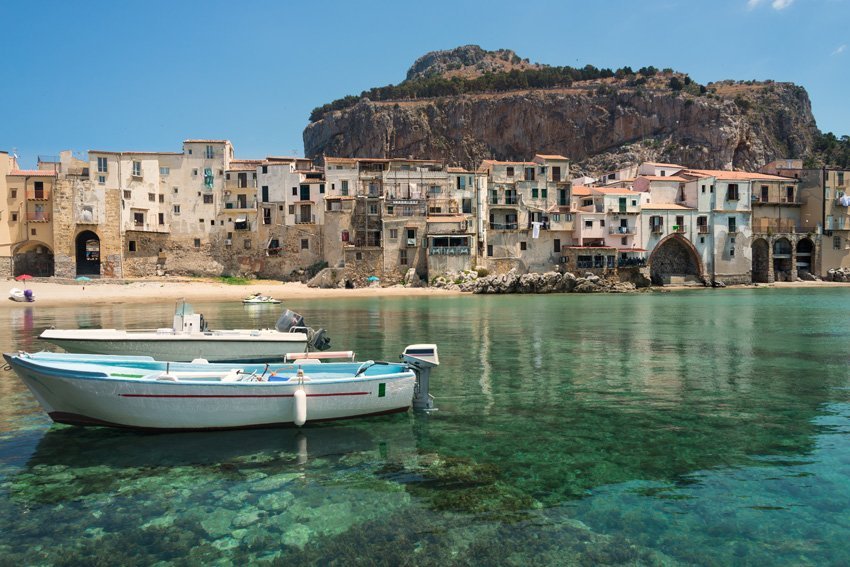 Sicily is an island of many splendors and a rich but complex history. Situated as one of the main stepping stones between Europe and Africa, Sicily has been coveted by many civilizations due to its strategic location and resources (both mineral and agricultural). During periods in its history, Sicily was occupied or controlled by the Phoenicians, Greeks, Carthaginians, Romans, Byzantines, Muslims, Normans, Austrians, Spanish and the Bourbons. In 1861 Sicily joined with Sardinia and regional states along the peninsula to become the country today called Italy.

Sicily is approximately the size of Maryland or about 1/9th the size of the island of Great Britain. Sicily includes the Aeolian Islands to the north, which are popular with tourists, as well as lesser known islands to the northwest, west and southwest. Messina, located in eastern Sicily, is just 30 minutes by ferry from Calabria (the toe of the boot) on the mainland of Italy.

Modern Sicily is an enigma. It historic treasures are decaying at an alarming rate and urban decline is widespread. Monies designed to be applied to preserving its attractions mysteriously disappear and rumors of Mafia involvement are widespread. To be honest, many travelers are disappointed when visiting Sicily.

Well, if things are so gummed up, why visit? Our answer involves the  attractiveness of Sicily’s historic buildings, its impressive archeological sites, sunny beaches and, of course, its food.  So, let’s start by describing Sicily’s treasures and then you can decide whether a trip to Sicily should be on your list of places to vacation. If you decide to go, avoid the summer months if possible, as the island bakes in extreme heat, especially in July and August.