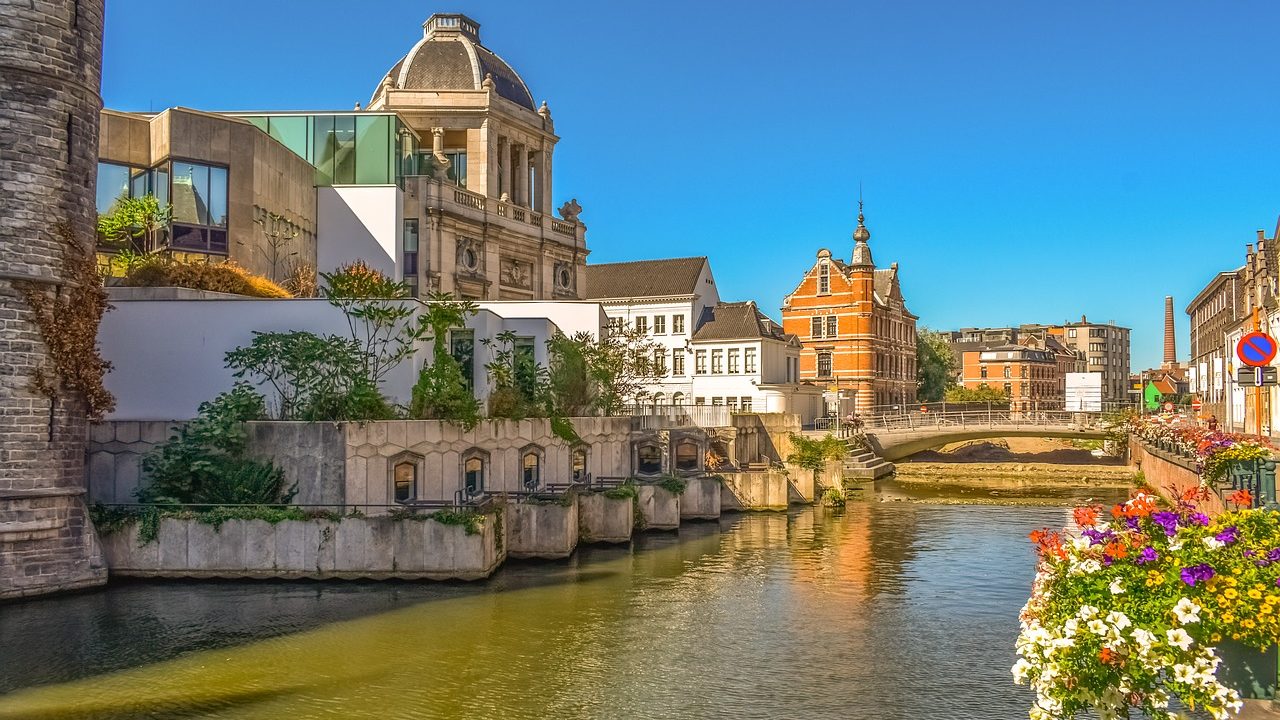 The word Ghent derives from the Celtic word “Ganda”, indicating a confluence. At Ghent, the Lys River joins the Schelde on a journey to the North Sea. As with many cities in Belgium, Ghent’s canals are an important part of the city and influenced its layout and development.

Best Places to Visit in Ghent

If you arrive by train, pick up the free Stadt Gent Tourist Guide at the ticket office in the train station. The illustrated Stadt Gent Guide provides a good overview of the city and includes a map indicating the locations of the city’s main attractions.

St. Bavo’s (St. Baaf’s)  is one of Ghent’s most notable attractions.

While St.Bavo’s Cathedral is the highlight of Ghent, the Château des Comtes (5) – also known as the Chateau of the Counts of the Gravensteen –  is a nice way to spend an hour.

If you have walked to St. Michael’s bridge to see the city’s towers, take some time to inspect St. Michael’s Church (6) (15th century). (The Church is open only during the summer tourist season). Cross the street and head back to St. Nicholas’s Church, if the mood strikes you.  The church was constructed  between the 13th and 15 centuries and is known for it Scheldt Gothic architecture.

Otherwise, follow the stairs down to the Korenlei along the canal and walk towards the old port at the Graslie (7). Continue to the northeast towards the Groentenmarkt and the Great Butchers Hall. Along the way, there are many scenic buildings to observe.

The official tourism website of the city of Ghent is Stad Gent. The website provides additional details on the best places to visit we recommend, as well as information on attractions that did not make our list.

For country facts on Belgium, as well as travel information related to visas, driving rules, safety, medical conditions, visas and other travel-related information, see this page on Belgium Travel from the Bureau of Consular Affairs of the U.S. State Department.  Regardless of your home country, we think you will find the information provided to be useful when planning a trip to Belgium.